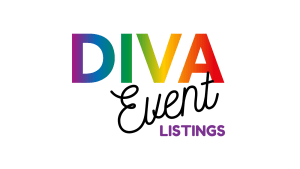 Following on from their incredible Glastonbury performance which saw the Avalon stage closed off after thousands of fans gathered to watch the girls, British girl group Sugababes with the original line up of Mutya Buena, Keisha Buchanan and Siobhan Donaghy are set to delight fans with an explosive live headline set which will see the trio perform hits from their impressive back catalogue of tracks including About You Now, Push The Button and Overload.

Joining them will be some of Pride’s favourite acts, including The Fabulous Lounge Swingers. The fantastic 3-piece swing band will be performing Pride-themed pop hits, monster mash-ups and unique covers of classic Pride anthems which are guaranteed to get the crowd dancing.

Also taking to the stage will be drag king superstar Don One . Expect to be fully entertained by a king that has smashed their way through the sequinned ceiling. After starring in the 5* West End Show ‘Death Drop’, then going on to play Prince Charming in Sleeping Beauty alongside Divina De Campo, Don One will be bringing their super slick performance style to Margate Pride!